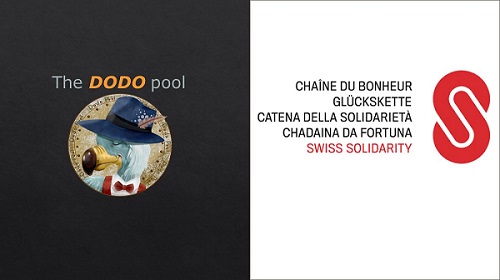 The Dodo Pool announced its support to Swiss Solidarity (Chaîne du Bonheur) to raise funds for humanitarian and social projects by redistributing rewards earned from staking on the Cardano blockchain platform.

This is part of the Dodo Pool’s commitment to use its platform to help children, women and families around the world and to support non-profit organizations that are focused on areas such as disaster relief, education, fighting injustice and ending poverty.

The Dodo Pool is a Swiss Stake Pool Operator that works by operating a secure stake pool on the Cardano (ADA) platform.  The stake pool is an energy-efficient way that helps to verify the validity of the transactions on the ADA blockchain. Each time a new block is added to the platform, the stake pool earns rewards in ADA.

By staking on the Dodo Pool platform, people, also known as “delegates,” can use their Cardano (ADA) to make a real impact on society, while also earning up to 6% in staking rewards and contributing to the validation of the blockchain platform.

In return, the Dodo Pool will redistribute around 10% of the total earned stake pool rewards to fund different Swiss Solidarity humanitarian projects. The more Cardano is delegated to the stake pool, the more rewards are earned, and the more charity funding is raised and donated.

Additionally, through a dedicated page, “delegates” can directly support humanitarian and social funds from Swiss Solidarity.  Full transparency of all donations will be provided by the Dodo Pool.

Swiss Solidarity helps victims of natural disasters and conflicts, as well as people in need, in Switzerland and abroad. It is an independent foundation created by the Swiss Broadcasting Company (SRG SSR). It co-funds projects of 24 Swiss NGOs active abroad with donations from the public, private companies, as well as cantons and municipalities. Since 1946, Swiss Solidarity has collected almost 2 billion Swiss francs in donations.

Through its support of Swiss Solidarity, the Dodo Pool will be able to leverage the power of technology to make a real impact on the lives of women, children, and families in need around the world.